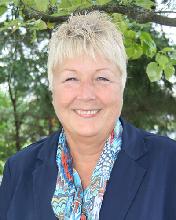 Having worked with certified public accountants for over 41 years, Diane brings substantial professional experience to our firm. She has the ability and willingness to work with all of our clients in satisfying their accounting needs.

Her career began at Dorsey L. Arnold, CPA, as a secretary; within a short time, she was able to gain valuable experience and knowledge to assist with all areas of the firm’s operation. With Mr. Arnold’s retirement in 1987, the firm was purchased by Robert Lusk, CPA. At the death of Mr. Lusk in 1997, Schulte & Company purchased the firm. Diane has had the privilege of knowing and servicing families up to four generations and looks forward to many more!

Since joining Schulte & Company, Diane has been responsible for the preparation of financial statements, payroll, individual and corporate tax returns. She has also been successful in assisting clients with IRS penalties, which resulted in abatements of more than $20,000. Diane has served on several boards of various corporations as well.

Diane was born and raised in Akron, Ohio, where she resides with her husband. She has two children and six grandchildren.